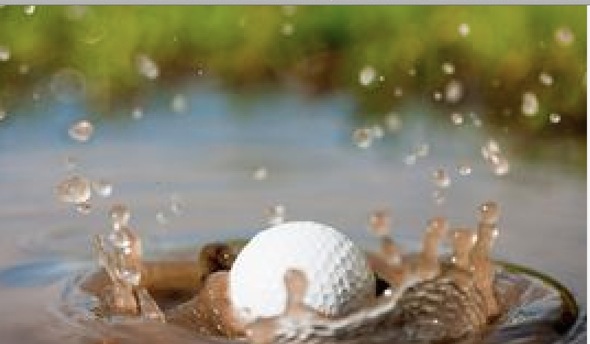 I’ve taken some bad golf lessons, but a recent one was the worst I ever had. I suppose I have to qualify this by specifying that, by “lesson,” I mean formal and paid instruction. Like most golfers, I get useless “tips” all the time, often from friends trying to be helpful. Such tips usually begin with a faux question like, “Can I tell you something I see in your swing?” (I say “faux question” because it’s obvious that such buddies actually need to tell me what they see, privately certain that it will prove to be the key to fixing my many misfortunes on the course). So, what I’ll describe was a real lesson and, if I’m honest, what made it seem so bad was that, in addition to not helping me, it was also quite expensive. It was given by a former PGA Tour pro at an exclusive golf resort in Hawaii. I realize that one’s playing skill, fees, or employer shouldn’t necessarily confer on a teacher any special pedagogic gifts, but the apparent contradiction pained me nonetheless.

I like to take lessons on putting because I hate putting and so keep taking lessons in the hopes that someday I’ll learn to love what I know (I know, I know!) is such a core part of the game. My hatred of putting is probably both a cause and effect of the fact that I don’t do it very well. More to the point, I think I secretly believe that I have a quirky imbalance in my oculomotor system (and, no, the fact that I’m a leftie is not the imbalance I’m referring to) that consistently sets my putter up to look like it’s square to the target when in fact it is aimed to the right. Since my body “knows” this, my stroke tends to swivel about and more often than not slices or pushes the putt to the left. No matter how much I move the ball and/or my body position, this specific condition remains.

Anyway, when this teaching pro asked me what I wanted to work on in my expensive 30- minute lesson, I tried to be very clear and precise, having learned that one has at least a fighting chance of getting help if the help that’s requested is extremely specific and limited. To the best of my recollection, here’s what I said:

“On the basis of both feedback and my use of the latest in laser technology, I have discovered that every time I set up to a putt, I believe I am perfectly square to the target, while, according to the laser, as well as to anyone standing behind me who isn’t legally blind or demented, it’s obvious that the putter head is aiming to the right of where I think it’s aimed. I would appreciate some help in better understanding and correcting this problem.”

After looking at 4 or 5 putts during which this exact thing occurred and re-occurred, the pro proceeded to show me how he putted, pointing out that he kept the wrist of his leading hand relatively firm, using the other hand for only minor steering, how he took a short back swing relative to his follow through on short putts, kept his eyes over the ball, if not a bit to the inside, and how he kept his head stationary before, during, and immediately after he made contact with the ball.

“But what do you think about my alignment problem?” I asked.

The pro repeated one or more of the things he said earlier, while seamlessly tossing in some stories about the putting woes and fixes of golf greats, past and present (did you know, for example, that Sam Snead used to putt croquet-style, straddling the ball, until the PGA outlawed such a stance in 1968?).

The pro’s own putting certainly looked great. He appeared confident, steady, and his stroke both smooth and crisp. I told him he was a terrific putter.

Unfortunately, for me, he was a terrible teacher.

The reason was that he couldn’t really listen and get curious about this unusual but replicable symptom of mine. Instead, he felt compelled to tell and then show me what he did know—which was a lot—but not in a way that directly explained or even referenced my particular problem.

A good teacher does not necessarily take the student’s perceptions of his or her “problem” as the primary guide to the origin of a mechanical breakdown. But whatever the teacher’s diagnosis might be, it’s crucial that the student’s experience be fully acknowledged and that the teacher’s formulation of the problem specifically and persuasively accounts for what the student comes to the lesson experiencing.

My golf instructor was like a bad psychotherapist. Like the therapist who practices good theory but offers little help, this pro had a series of principles of “good putting” that he wanted to convey, whether or not they helped solve my problem with alignment. If he could have patiently demonstrated how each of his principles might have caused my particular difficulty, along with some suggestions about how to practice these principles in ways that made an obvious difference in my outcomes, I would have, perhaps felt helped.

As it was, I was left with the same problem I came to him to help me with.