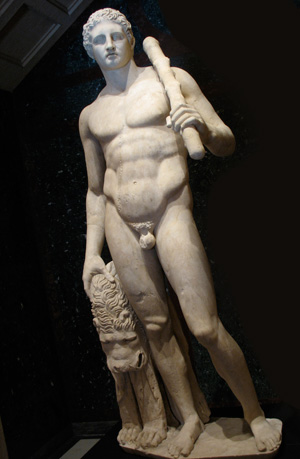 It’s clear that men have a special love affair with golf. The reasons are varied but not all that complicated.

Some of these factors appeal to both men and women. But the competitiveness and camaraderie are especially important to the male psyche.

All the tensions and conflicts that accompany so-called “normal” masculinity in our culture are evident on the golf course. Among the most important of these conflicts is the need to denigrate femininity as weak and to reinforce the fact that men are both different from and superior to women.

But lest a man be seen as valuing other men too much (God forbid), a slew of jokes makes it clear that it’s golf that men love, not each other.

There was an old man named Bill, and one of the things he most enjoyed was playing golf with his old buddy Fred. Bill’s wife always commented on how happy he looked after a game.

But one day he came home from their weekly game looking terrible and very tired. His wife asked, “What’s the matter, Bill? You always seem so happy after golf and you look miserable right now.”

Bill said, “Well, something terrible happened. Fred had a heart attack on the first hole.”

“My God, honey!” said the wife, rushing to comfort him. “That must’ve been terrible!”

The male attitude could be summed up this way: “Boy—aren’t we glad we’re men and not women!”

Jokes reveal hidden truths. Here’s a typical one about men and golf:

Two guys are golfing on a course that is right next to a cemetery. After they tee off, one of the golfers notices that there is a funeral procession passing by. So he takes off his hat, and places it over his heart. When the funeral is over, the other golfer looks at the guy and asks, ”Why did you do that?”

The man replies, ”Well we were married for almost 40 years. It’s the least I could do.”

The suggestion here is that golfing with one’s buddies is more important than marriage, than relationships with women in general.

Sometimes, the point is made in a more crass and direct way:

What is the difference between a golf ball and a G-spot?

A guy will spend 20 minutes looking for a golf ball!

Male golfers are constantly struggling with the issue of masculinity, even if they don’t know it. Again, humor reveals the underlying truth. Consider the types of comments that regularly ensue when a man leaves a putt short.

Lift your skirt up, Alice!

Next time, try hitting it with your purse!

Does your husband play?

If frustration and demoralization on the links is related to falling short of expectations, then the culture of masculinity is going to contribute a lot to the suffering of men. Masculinity, after all, is a lot about living up to expectations and ideals. It’s about being big, strong, brave and stoic enough. Translated to the golf course, it’s about hitting the ball long enough, taking risks, and never showing vulnerability to other golfers. Research demonstrates that male golfers overestimate the length of their drives by, on average, 30 yards. They rarely play it safe. Stories proliferate of amateurs dropping their scores dramatically when coached by a professional who makes them take more club and play each shot with an eye toward maximum safety. Real men, however, don’t play for safety. They play shots they think they should be able to make, not ones they are likely to make. Too often these “shoulds” are dictated by their testosterone, not their good sense.

Testosterone may prompt a man to take his 3-wood and go for a green 210 yards away over water, but it doesn’t comfort him when he sees the splash. Nothing comforts him. Laying-up seems weak, frightened, and small–the very opposite of the masculine ideal. The prospect of failure with the 3-wood is preferable to the shameful prospect of “playing it safe.”

Length matters to men. Whether it’s from the tee or on the green, men have to contend with the constraints of gender. As these jokes suggest, the lurking danger is to be seen as a woman. In an effort not to suffer this apparent indignity, men do things that decrease their joy. They play from tees that make courses too long to enjoy. Because length off the tee is so valued, they practice with their drivers more than their putters. They both overestimate how far they hit the ball, and routinely attempt heroic shots instead of playing it safe. They can’t ask for help, either technical or emotional, when they get frustrated. They lose their tempers, creating an atmosphere that dampens everyone’s fun. Because competitive men can’t stand to lose, they sometimes cheat.

On the other hand, golf provides men with a type of camaraderie often missing in their lives. Malcolm Gladwell once interviewed the advertising executives who designed the famous Dockers Pants television ads of the 1980s, a campaign widely viewed at the time as the most successful in history. The commercials never mentioned the product, but, instead, showed a group of men wearing Dockers, sitting around talking. The creators said that they did extensive polling and focus group research to identify what men wanted more of in their lives. The number one response was male companionship and camaraderie. Dockers sold camaraderie, not pants.

Men long for closer friendships with men but have barriers against intimacy at the same time. They want deeper connections but don’t want to seem feminine or gay. A golf foursome perfectly fits this bill. They’re together with other men for 5 hours having fun. Even if they’re competing with each other, they usually freely offer up recognition and praise for good shots and consolation for bad ones. They mitigate their rivalries with humor and express their affection through mocking and sarcasm. In other words, they’re connected but separate. They walk together, but don’t have to talk. Their focus is outward, on their shots, on their “game.” For men caught between longings for and fears of closeness to other men, golf offers a perfect compromise.

The sources of all these contradictions in masculinity are well known by psychologists and researchers. They begin in childhood and are reinforced by culture. Both boys and girls face the challenge growing up and becoming separate and independent. Boys, however, have an additional challenge, namely, becoming masculine. They not only have to become separate from their mothers, but they have to develop a different gender identity. Fathers obviously help in this process. Nevertheless, boys often have to reject their mothers and femininity in order to emphasize their difference (nothing worse than being a “mamma’s boy”). Boys exaggerate their difference from and superiority over girls in order to accomplish the task that culture sets for them. You can see this in the play of boys who taunt each other for being too much “like a girl.” By rejecting femininity and emphasizing its opposite, boys often develop a tough shell, viewing normal vulnerability, dependence, or feelings as weak, gay, or feminine—and, therefore, as unacceptable. Culture reinforces this constantly, from the stereotypes of the media to the rules and expectations of peer groups. 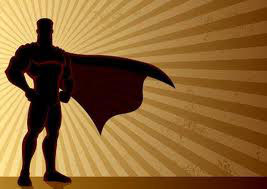 The problems this creates for boys and men are well-known—they cut themselves off from their feelings, are threatened by intimacy, and develop insecurities about whether they’re tough or strong enough. They don’t give up their longing for connection but find it difficult to satisfy. The result is that men in our culture often feel isolated and lonely, craving connections with others but afraid of them at the same time.

The masculine ideal is, of course, unattainable and probably unhealthy if it were not. It expresses the image of a man strong enough to always conquer self-doubt, stoic enough to handle any pain or frustration, and competent enough to master any challenge and compete in any contest. He’s not afraid of failing, but persists until he succeeds. He doesn’t ever choke. He doesn’t complain about the aches and pains of aging or injury.

Unfortunately, golf always includes failure, frustration, pain, and anxiety. These aren’t feminine afflictions; they don’t mean we’re weak or pathetic. They’re human. Everyone feels them. Tiger Woods has felt all of them. They’re part of the game and they’re part of life 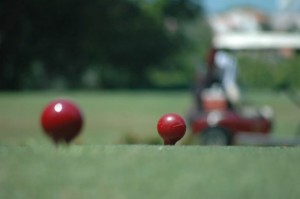 Thus, men are in conflict on the golf course. The conflict is unconscious, subtle, and usually more a whisper in the background than a shout. The culture of masculinity contributes to the moods and despair they feel on the golf course, while the pleasures and promise of the game addict them to it. The other day I was playing at a course that had always been difficult for me. The 3 guys I was playing with hit from the blue tees—about 6250 yards. I decided to play the white tees—5770 yards. There was some initial pressure from my buddies that lessened when I insisted I had no problem at all if they played from the blues. The pressure, I believe, came from their initial worry that they’d have to hit from the shorter tees. I found myself enjoying myself more than usual on the course, in part as a function of having easier tee shots and shorter approach shots. Mid-way through the round, I hit a long drive and heard: “Hey, what the hell are you playing from the Whites for?” A backhanded compliment, I suppose, but I felt momentarily embarrassed—as if I was almost cheating. Another time one of my foursome laughingly reminded another that a particular drive of mine wasn’t that impressive because I’d hit from the white tees. And I was aware that as much as I was enjoying the golf, I missed some of the camaraderie that brings me so much pleasure.

These interactions with my foursome were minimal, jocular, light-hearted, and didn’t really significantly detract from my overall pleasure one bit. But they reminded me that, for men, length is important. Under the guise of liking “a challenge,” men will sometimes guarantee a frustrating day, hitting long irons, rescue clubs, or woods on their second shots all day long. It reminded me that had I pursued my “research interest” and played from the Gold tees – 5200 yards—I would have been a curiosity, an object of good-natured heckling (some of which would no doubt have had a sexual edge), and perhaps even a distraction for the rest of the group. And, to be honest, I probably would have felt embarrassed. For what? For violating the code, the code of masculinity, a code that at once brings men together in pleasurable competition and companionship and yet reinforces expectations and standards that create frustration, anger, and disappointment.

There’s nothing wrong with the fact that golf allows for connection without intimacy among men, satisfying a longing for camaraderie without the burdens and dangers of too much closeness. And competition is often healthy, leavened as it is with good-natured humor. The only problem with conventional masculinity on the golf course is when its underlying gender anxiety leads to a fixation on length,  and an intolerance of imperfection and failure combine to create a psychic environment hostile to play, pleasure, and growth.