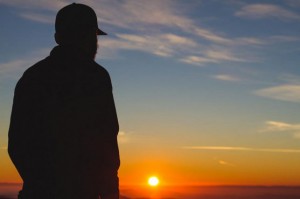 According to some hack named Jack Nicklaus the three most important elements to a good golf swing are alignment, alignment and alignment.

To that end many golfers will place an aptly named alignment rod at their feet and think they are aimed properly.

Hah hah. I laugh at you, you two footed golfer person.

Instead, I urge you to move the alignment rod up a little bit.

Close but you still need a little more helium in that balloon.

Let us consider the shoulders.

Without them you would look like a snake, none of your shirts would fit, and what would you shrug when you didn’t know the answer to a question?

They also play a pretty significant role in the golf swing.

For one thing they are a vital component in the shoulder turn. (Duh)

But perhaps the most important thing shoulders do is guide the swing. Your arms are going to want to swing in the direction your shoulders are pointing.

I know this because I went and took a lesson from PGA professional Scott Wasco at the Champions Retreat Golf Club.

I went to see him because I was making pure, wondrous, and orgasmic contact with the ball but the stupid sphere was flying way to the left. I’d make a swing and think “that was solid, that should be all over the flag” only to look up and see my Titleist, Srixon, Bridgestone soaring with lethal intent in the direction of the foursome on the next tee.

Do you have any idea how discouraging it is to hit into the people who are standing patiently on the next tee? It is very discouraging. So discouraging that I was getting depressed.*

So I squared up my shoulders and started hitting the ball in the general direction of my target. I am no longer depressed and the men and women standing on the next tee can breathe easier knowing they won’t get clobbered by one of my errant Titleist, Srixon, Bridgestones.

* I know I should not tie my happiness to my golf game but try telling that to my subconscious.

** You can play with your shoulders open (like Lee Trevino) or closed (like Sam Snead) but you need to know which way they are pointing and then make a conscious compensation in your swing. The prescription for this is to hit five hundred balls a day everyday for the rest of your life. Or you could just square your shoulders.