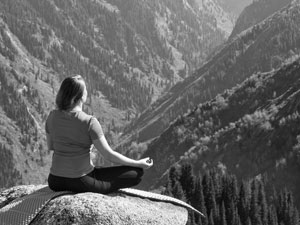 It used to be that mentioning “mindfulness” and “awareness” in connection to sports coaching would be greeted with smirks. One might as well be quoting the golf guru from the film Caddyshack telling his protégé to “just be the ball.”

Today, however, fewer people are laughing, as practices derived from Eastern contemplative traditions have found their way into all disciplines, from cardiac rehabilitation, to training marines to better handle combat stress, to the development of athletic skills of all sorts. The U.S. Olympic Committee now offers classes in mindfulness for Olympians training for upcoming games.

Golf offers a perfect case in point. Beginning in the 1970s, Tim Gallwey (The Inner Game of Golf) and Michael Murphy (Golf in the Kingdom) used both science and metaphor to promote the notion that peak performance and mental equanimity could and would emerge naturally if golfers could reduce anxiety, negative self-judgments, and the self-critical stories they created about themselves and their potential. Based on the assumption that bringing mindfulness and a deeper psychosomatic awareness to the golf swing has great value, this emerging paradigm teaches that the body’s innate intelligence can produce swings that are natural, effective, and athletic if that intelligence is freed up and properly focused.

Conventional golf instruction tends to focus on faults and fixes. The golf swing is broken down into its parts. Depending on the instructor, one or another part is emphasized, its contribution to the whole analyzed, and one or another drill is recommended to improve it. For example, most students understand the importance of developing an inside to outside swing path, especially since the average golfer tends to come “over the top.” Depending on the instructor, this “fault” can then be “fixed” through a number of different drills. One teacher might have the student practice dropping the club into the “slot” by pumping his or her hands up and down at the top of the backswing; another might suggest pulling the right foot back 10 inches at address; and still others recommend strengthening the grip, or perhaps putting a head cover just outside the ball as a visual deterrent to coming over the top.

Some of these drills work. The evidence, however, is that the fix doesn’t last and that, furthermore, the student is unable to reliably “fix” his or her swing on the course. The reason is that the student’s correction isn’t accompanied by a deep awareness of the felt distinction between the fault and the fix. All he or she wants is to fix what’s broken, not stay in the moment and notice his or her sensorimotor experience. And if the student can’t feel it, can’t kinesthetically sense these distinctions, can’t be present to what is actually going on in his/her body and the club during the “fault” and the “fix,” then the value of the fix will fade.

After winning the U.S. Open by 8 strokes in 2011, Rory McIlroy spoke of the importance of his “staying in the moment” throughout the tournament. No one smirked. 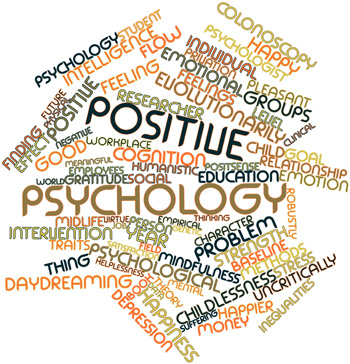 “Mental coaches,” of course, are now quite common and have helped sensitize golfers and instructors alike to the importance of blending mind and body by encouraging students to have a more positive attitude, to visualize success, to practice focusing techniques, and to soften their (our) collective intolerance and impatience with mistakes, failures, and frustrations on and off the course.

Still, visualizations and cognitive rehearsals and positive attitudes, while important, quickly become another “tip” or “technique” to fix, and not necessarily experience, what’s wrong in one’s game, and, as such, can foster the illusion that simple mental changes can fix one’s game. One famous mental coach even recommended that one visualize a good swing and outcome while falling asleep.

Researchers in Great Britain found that thinking too much degraded golf performance because of an effect they called “verbal overshadowing,” which makes the brain focus more on language centers rather than on brain systems that support the skills in question.

As a psychologist, I’ve studied how people learn and change. As a golfer, I’ve studied how golf is taught and learned. And while most teaching professionals acknowledge the power of the mind and the value of awareness, few know how to teach it, and even fewer make it their primary focus. Attempting to stop negative thinking, for example, or replace it with positive images, not only doesn’t consistently work, but often backfires, further demoralizing the student. Connecting presence and mindfulness with real improvements in golf technique is another matter altogether. How, after all, does one teach mindfulness to a golfer tormented by his or her slice?

One teacher seems to have found an approach that works. Founder of Extraordinary Golf program in Carmel Valley, CA, Fred Shoemaker was a student of Tim Gallway. Shoemaker has written two books, run hundreds of golf schools (advertised only by word of mouth) with over a 95% attendance rate since 1990, and given 40,000 lessons to amateur and professional golfers alike. He and Jo Hardy have even recently released a video explaining his approach in detail.

Though people mistake Shoemaker’s emphasis on awareness with teaching the mental game, the opposite is true. Shoemaker’s aim is to help students distinguish between being in their heads and being fully present in their bodies. He coaches them to explore five crucial dimensions of the golf swing through direct physical experiences: (1) The presence of center-face solid contact (perhaps the most important), (2) the exact position (open vs. closed) of their club head through the entire swing, (3) the precise path (inside vs. outside) of the club through impact, (4) the alignment of their bodies and club at address and throughout the swing, and (5) their experience of freedom and their connection to the target.

Professionals, according to Shoemaker, are far more present to each of these dimensions of the swing than are amateurs. In fact, he argues that the biggest difference between professionals and amateurs lies in the depth of their awareness. The former’s blind spots are small while those of the latter can be huge. Professionals can feel where the club head is throughout almost all of the swing. They rarely hit behind the ball because their psychophysical awareness, their center of gravity, invariable makes it almost impossible. They are connected to the target, while amateurs are connected to the ball.

Echoing Gallwey, the body, according to Shoemaker, has a natural intelligence, if we can only get out of its way. He makes this point dramatically when he films his students throwing a golf club. That’s right—a golf club. He asks the student to assume his or her regular address position and then to simply throw a golf club a certain distance out into the fairway in a relaxed way. Since there is no ball, this club-throwing swing is naturally and automatically adapted to something (a target) “out there,” and, therefore. Shoemaker calls this our natural swing. Astonishingly, every student’s swing, including those of 25 handicappers, appears on video to be powerful, athletic, and balanced, with a steep lag and the appearance of connection between all the moving parts. The moment that most students address a ball, however, their “typical” swing suddenly appears—over the top, little lag, open clubface, and little power.

Shoemaker’s point is that when one’s intention and attention are target-focused, the body knows what to do. In the presence of a ball, the body is equally brilliant; however, this time the target non-consciously becomes the ball. The amateur’s real intention is to make contact with the ball, and every “fault” turns out to be perfectly adapted to accomplishing just this.

The body knows what it’s doing. But in the absence of awareness, it ends up simply holding on for dear life.

A golfer’s most frequent experience of being not present and, therefore, of being totally disconnected from any sensorimotor awareness, is often revealed on the putting green. The existence of the “yips” is a testament to the most extreme version of this experience. Here, the tension, mental chatter, and disconnectedness from reality that regularly create blind spots in the full swing take over completely. Putting, therefore, can often be a powerful arena for teaching students about awareness and about distinguishing between really being present, and being in one’s head.

To demonstrate this phenomenon, Shoemaker asks a student to putt a ball into a cup from 2 inches away, and to notice the experience, which is generally marked by an almost complete absence of thought. He then repeats the exercise, gradually placing the ball further and further away from the hole, asking the student to report the distance at which some thought, uninvited, enters his or her head. Usually, at about 1 – 2 feet, the student starts to report thoughts like “I better concentrate here,” or “hope I don’t miss it,” or “take your time, now, and hit it straight.” These thoughts come up unbidden. They don’t help the putt go in. They’re usually negative or cautionary. They introduce the beginnings of muscle tension. Trying to squelch them never works. Replacing them with positive images merely keeps one more entrenched in one’s head. The student is now in his or her mind and his or her connection to the club, the ball, the hole, and the sense of freedom experienced from 2 inches begins to diminish.

Shoemaker invites students to simply let these thoughts appear, note them, and simply return over and over again to the only reality that matters—their body, ball, club and target. “Be present to everything,” he suggests, “without judgment.” The thoughts seem to come up on their own, and they will likely disappear on their own if we don’t confuse them with reality.

Shoemaker gets students to experiment with drills that get them out of their head. They putt looking at the hole rather than the ball, notice the sound of the putter when it makes center–face contact vs. when it doesn’t. They putt with their eyes closed and have to “guess” whether the ball is short, long, left, or right, and then they open their eyes and notice the congruence between what a putt feels like it’s doing vs. what it’s really doing. Similarly, he might ask a student to roll a ball using his hand across the green at a hole, noticing in detail exactly how it breaks and how fast. He then asks the student to putt to the same hole, the intention being to detect differences in awareness and focus between the two actions.

All of these “games” have one purpose: to deepen the student’s awareness of every possible aspect of the simple physical act of putting.

The bottom line of Shoemaker’s approach has nothing to do with privileging the process over the outcome. It’s that the development of awareness and presence in relation to the process is the only sure way of improving the outcome, namely, lowering one’s scores. There are probably 57 ways of describing the difference between Tiger Woods and me when we play golf. But one of the most important surely lies in the vast difference in our respective awareness of what is going on during the one second that it takes to swing a golf club. And given this difference, Tiger can coach himself when his swing falters, while I switch into the survival mode so typical of the amateur golfer.

Long before Fred Shoemaker picked up a golf club, a non-golfer, Albert Einstein, described the value of tapping into our deeper experience when he said: The intuitive mind is a sacred gift and the rational mind is a faithful servant. We have created a society that honors the servant and has forgotten the gift.

One thought on “Mindfulness and Awareness: The Core of Golf Teaching”