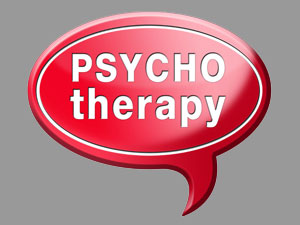 A lot has been written by golf professionals about what amateurs need to do to improve, but we read little from amateurs about what PGA professionals need to do to become better instructors. As a psychotherapist, I’ve always been interested in how people change. So, when I’ve gone to see a golf instructor – and I’ve seen many – I pay close attention to what works and what doesn’t. And, it’s no surprise that, just as therapy varies widely in its effectiveness, so too does golf instruction. Much of it is bad; occasionally it’s good.

The problem with ineffective golf instruction, as with ineffective therapy, is that the recipient often blames himself or herself for a failure to improve. In each situation, the client needs help – sometimes desperately – and is willing to put him or herself into the care of a professional. Because of this dependency, a great deal of authority is conferred on the professional. The person seeking help is eager for approval and is usually not in a position to accurately judge his or her helper. Poor outcomes usually lead to demoralization and self – blame.

Since I’ve spent a fair amount of time as both a helper and a person seeking help, I’ve reached some conclusions about what makes the learning process work, conclusions that I think might be of value to both teaching professionals and the average golfer. But before I spell out what makes a good golf teacher, I want to add a caveat: most of my difficulties as a golfer have nothing to do with my instruction. I’ve had enough good instructors to know how to improve. But, like most amateurs, I don’t practice or play nearly enough. As a result, I’m a 16 handicap player with an eight handicap swing!

In my view, good golf teachers share with good therapists the following traits:

1) They listen to what the client/student wants from the session.

Too often, instructors want to teach what they know without first finding out what the student is really there for. The best teachers try to figure out if the student primarily wants a quick fix, an adjustment that will help him or her have a more enjoyable round that day, or a plan to reconstruct his or her swing over the long haul. There’s nothing wrong with going to a PGA professional to get a “tip” that temporarily corrects a swing flaw, even if that tip is really only a compensatory adjustment for a deeper problem. A good teacher will tailor the instruction to the agenda of the student.

For example, I was once was about to leave for a special golf outing, and was fighting a frustrating slice. I went to a teacher and explained the situation. He told me to significantly close my stance, almost as if I was setting up to hit a big hook. This tip enabled me to play several rounds on my trip from the fairway rather than the woods. In that instance, the teacher understood that I wasn’t going to work with him over time to correct my more fundamental problems.

Too often, a student seeks help for one particular thing, not intending to sign up for a major overhaul, and is told that the problem ultimately derives from several fundamental problems at the core of his or her swing, problems that can only be addressed by a series of lessons over time. Like therapists, golf teachers can be correct but not helpful.

2) They learn to speak the client’s language

Some students are left-brain thinkers who respond best when the teacher explains his or her suggestions intellectually, offering the student the theory guiding instruction. Other students learn best through visual demonstrations, either computer – aided, or modeled by the instructor. And still other students need to primarily feel the changes in their own bodies. While everyone hopes to eventually combine these three modalities, it is essential that the instructor quickly adapt his or her teaching style and drills to the idiosyncratic learning styles of the student.

A friend and I once took lessons from the same golf instructor. He was great with my friend because he gave a lot of technical instruction – which satisfied my friend’s thirst for mechanical details – but the identical instruction was frustrating to me because I work best when I have a clear visual image of the “correct” way to do something. For example, I would have gotten more benefit from watching my instructor illustrate the correct move, or by watching a professional on a tape or computer, then from being told about it. It seems obvious that people learn in different ways but too often golf instructors present their instruction in a “one size fits all” manner.

3) They accurately assess what the client is able to take in.

Like changing someone’s self – defeating thinking in therapy, changing muscle memory in someone’s golf swing is difficult and has to be done with great patience and reasonable expectations. When making his first major swing change in 1998, Tiger Woods reportedly hit 1100 balls per day, most of them under the corrective guidance of a skilled coach. When amateurs like me take a lesson, we might hit a bucket or two of balls and then take a swing change to the course, only to become frustrated when the results are inconsistent. Golf instructors often give their amateur students too much information, too many ideas, too many corrections, instead of making one clear change at the time.

Recently, I was taking a lesson from a terrific teacher who was working with my tendency to pull the ball. He suggested that I experiment with feeling that my body was moving from “low to high” in the downswing and follow through in order to keep myself more behind the ball. It felt strange, but I worked on this the entire hour. He said very little about anything else. He told me not to worry about hitting the ball thin or even if I found myself hitting fades. I gradually began to get this feeling more ingrained and stopped pulling the ball.

In the stall next to us, however, was another instructor working with a high-handicap student. The instructor was talking incessantly. He was telling the person all about the golf swing, about swing planes, weight shifts, and balance. The student was clearly overwhelmed. Golf instructors need to learn that sometimes “less is more.”

4) They provide a clear and explicit “treatment” plan.

Whether they’re driving a car, doing therapy, or trying to change their golf swing people like to know where they’re going. Golf instruction often fails when it is presented in a scattergun fashion, with no systematic game plan. Further, too often the golf coach doesn’t remember what the student was working on in the previous session and reinvents the wheel each time. Let’s face it – there is always something wrong with my golf swing. At any given time a teacher could look at my swing and point out several problems. However, a good teacher has a plan, an intuitive and logical strategy for helping me improve over time.

I used to see a teacher who knew a lot about the golf swing but each time I saw him, it was clear that he had no memory of what we’d worked on two weeks before. He would look at my swing and whatever occurred to him first was what we would work on. It was always something important, but I rarely had a sense that we were building a swing, that there was a method to this madness. Students feel comforted and inspired when they know where they’re going and when they feel that their instructor has a plan for getting there.

As in psychotherapy, the primary mistake the golf teachers make is putting their own theories ahead of figuring out what the student or client needs. I know from both ends of the relationship that there is a natural inclination in helpers to feel insecure about their expertise and authority. In response to this, the process becomes subtly focused on demonstrating what the teacher knows rather than what the student needs. From the point of view of the student, it’s easy when they are suffering – whether in life or on the links – and put themselves into the care of a professional. Invariably, they blame themselves if they don’t make progress. Unfortunately, often the problem lies with the professional. Sometimes the professional needs their help in getting on track.

Here are some ways to become a better teacher:

1) Ask your students to try to tell you how he or she learns. Coax them to be as explicit as possible. For example, have them tell you if they prefer technical details or simply a few images. Such minimal information will inform you how best to work with that particular student.

2)   If you sense the student is not finding a lesson helpful, acknowledge that fact in a way that includes your own possible culpability and ask if he or she would like you to try to combat the problem from a different angle because this one isn’t working.

3)   Tell them they may or may not get better right away after one or two lessons, but that they should know whether or not there is a good fit between the two of you. If not, don’t hesitate to recommend another instructor who might be a better fit.

4) Ask them to tell you what they like about your style and what is most effective in getting through to them. This also provides reinforcement about how they learn best.

5) Remind them that they can’t blame the instruction if they don’t practice or play much and are not getting better!

There are a lot of good golf instructors out there, and I’ve seen my share of them. They are worth their weight in gold. Ultimately it’s the student’s responsibility to take control of his or her learning. And it’s the teacher’s job to figure out how best to make that happen.